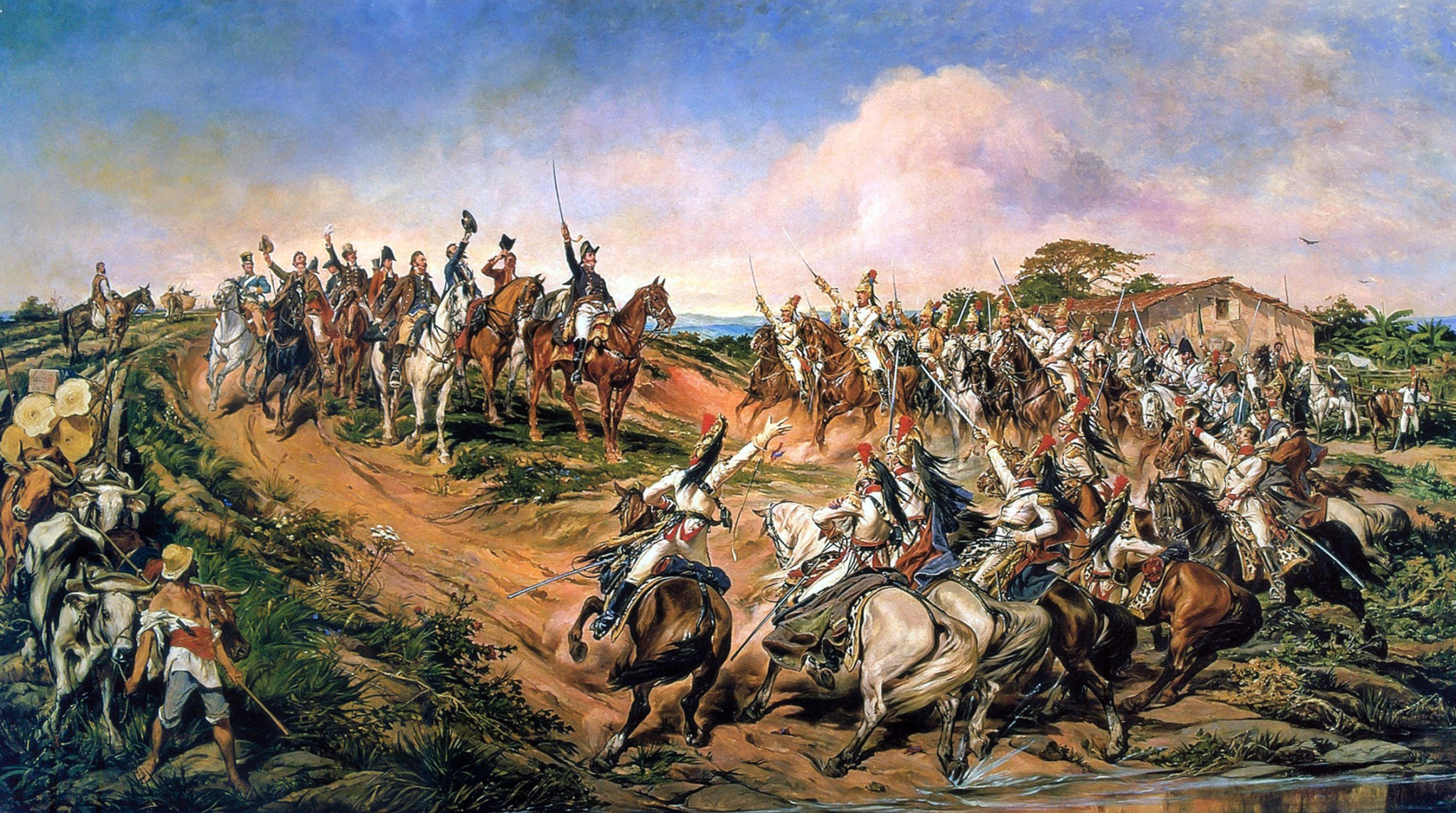 We were always an improbable country, and even during the year of our independence, there were reasons to believe that our country would never come into its own. Two-thirds of the population consisted of slaves, freed Africans, indigenous, and multi-ethnic peoples – groups that were wholly excluded from any opportunities under the systems in place. And the economy was mostly rural, dominated by a feudal-like system and slave trafficking.

Ninety percent of the population was illiterate. Isolation and rivalries between the provinces hinted at a possible civil war that risked dividing the territory, as had happened in Spanish America. To make matters even worse, Portuguese King Dom João VI sequestered Brazil’s few financial resources for himself and the Crown. And yet, despite these odds, Brazil managed to emerge as a unified country.

The very idea of Brazil first began in 1808, when the Portuguese court arrived in Rio de Janeiro to flee the Napoleonic invasion. Until this point, we were isolated from the world and ruled with an iron fist. Manufactured goods were forbidden, as were newspapers. It was only with the arrival of the court that the first Brazilian bank was created, the ports were opened to ships from places other than Portugal, and interdictions were lifted. King Don João VI elevated the colony to a part of the United Kingdom of Portugal, Brazil, and Algarve.

But as Brazil prospered the Portuguese metropolis was engulfed by a severe economic crisis, leading to political turmoil. Members of the Portuguese elite created a type of State Council to oppose the monarchic authority, which led the King to return to Portugal in 1821 to avoid losing his crown. Brazil, a territory 93 times as large as Portugal, was thus left to a 22-year-old prince named Pedro. But the young prince had no money – the King had taken every dime he could before heading back to the homeland. At the time, the province essentially consisted of two different countries: a small piece of land with Rio as its epicenter, and the giant and empty territory surrounding it.

Until that point in history, it was hard to find any Brazilians favoring a split from Portugal. But that started to change, once the Portuguese State Council began to support the reduction of Brazil’s status back to that of a colony. In January 1822, the State Council wanted the Prince to return to Portugal – which he disobeyed. On September 7, orders from Lisbon arrived declaring that Pedro was no longer regent and that all of his decrees were nullified. On that day, the Prince declared Brazil an independent country.

The men behind Brazil’s Independence

There are two main characters in our independence process: Prince Pedro, and José Bonifácio – a member of the Brazilian elite, and a fatherly figure to the prince regent. At first, Pedro resisted the idea of presiding over a giant, illiterate, and poor land, considering it a burden. In the year preceding independence, Pedro wrote to his father asking to be freed from the “job.”

But he was gradually co-opted by the local elites with aspirations of independence – José Bonifácio being the most prominent among them. A former university professor in Portugal, he witnessed the French Revolution in Paris and was one of Brazil’s most cultivated men at the time. His ideas were far more advanced than those of his contemporaries.

Bonifácio imagined Brazil as a constitutional monarchy, with education for all, distribution of land, a separation between church and state, as well as environmental awareness and an abolition of slavery. Unfortunately, those ideas were never fully implemented. He also imagined the transfer of the capital from Rio to the countryside, in an effort to facilitate territorial integration among the provinces – it’s an idea that would finally come to life 150 years later when Juscelino Kubitschek built Brasília in the late 1950s.

Our founder himself was skeptical that any unity could develop in such a heterogeneous land, doubting that Brazil would be able to function as a real country. Which begs the question: was the ‘project’ of Brazil a success? The answer, as always, depends on the perspective.

As writer Laurentino Gomes says, when compared to the United States, a former American colony of similar dimensions, we could make the argument that Brazil is an utter failure as a country. The world’s largest economy has put a man on the moon (despite what conspiracy theorists say), has a GDP nearly ten times larger than ours, and has collected more than 350 Nobel Prize laureates. Meanwhile, Brazil has intolerable levels of disparity, subpar educational and health systems, and a democracy that has yet to be fully consolidated.

But the best comparison we can make, Gomes continues, is to Brazil itself. In 1822, the very existence of a nation such as the one we have today was ludicrous. Everything considered, Brazil has indeed made strides.