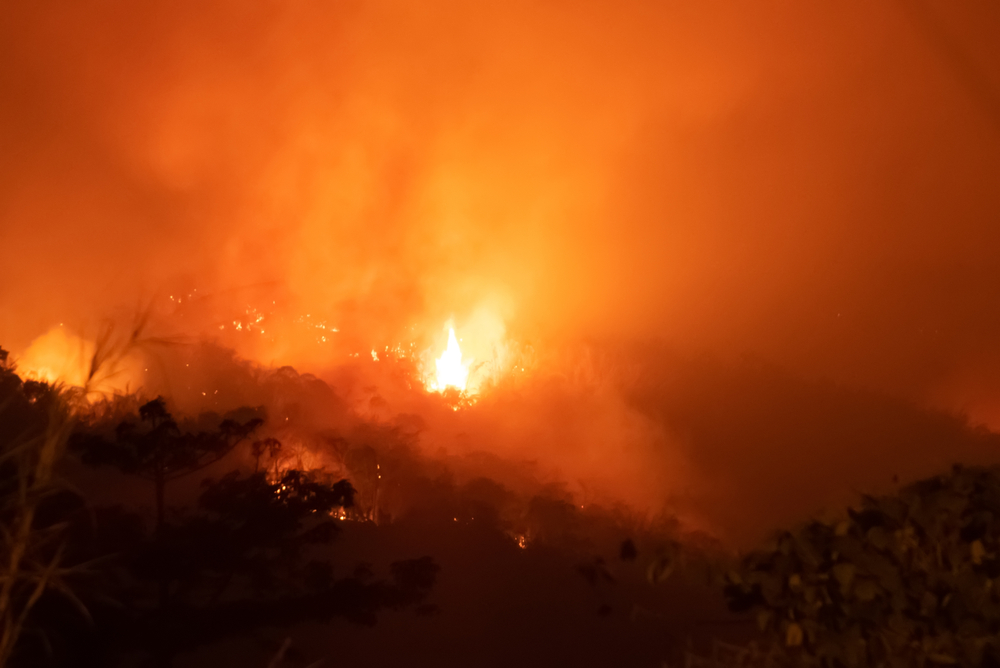 Amazon fires: what will happen if they keep burning?

There have been a huge number of fires across Brazil this year—about 76 percent more than the same period last year. And just 48 hours after the government issued a 60-day blanket ban on all burning and land clearing, satellite data found that 2,000 more fires started in the Amazon alone. The 2019 fires will have a big and long-lasting impact on the forest itself, and the wider world.

The Amazon is the largest rainforest in the world, and might be home to a quarter of the Earth’s land-bound species. If it continues to burn, it’s likely to

turn into a completely different ecosystem, with fewer trees and different species of flora and fauna. Many plants will die, and animals will lose their habitats. <a href="https://brazilian.report/money/2018/11/12/biodiversity-economic-potential/">Some species might disappear from the area</a> entirely.</p> <p>While the Amazon fires aren’t going to deplete the Earth’s supply of oxygen, they will release large amounts of carbon dioxide into the atmosphere. For example, when just 0.2 percent of the Amazon burned in 2016, it released 30 million tons of CO₂—that’s almost as much as Denmark emitted in 2018.</p> <p>This is bad news, as CO₂ is a greenhouse-effect gas that contributes to global warming and climate change—and humans are already creating dangerous amounts of it through energy use, transport and industry.</p> <script src="https://www.buzzsprout.com/299876/1615333-75-whatsapp-induced-fires.js?player=small" type="text/javascript" charset="utf-8"></script> <hr class="wp-block-separator"/> <h2>A changing Amazon</h2> <p>Even tropical, humid forests such as the Amazon can catch fire easily during the dry season. Dry deadwood, branches, leaves and litter build up on the forest floor, and after days without rain, any spark is enough to start a wildfire. But that doesn’t mean the fires we’re seeing now are either normal or natural.</p> <p>Unlike other ecosystems—such as the African savannah, the Australian bush, or the U.S. conifer forests, which have evolved with fires over many thousands of years—the plants and animals living in the Amazon don’t have the necessary traits to survive fires and regenerate after the blaze. Before humans settled in the area, <a href="https://royalsocietypublishing.org/doi/full/10.1098/rstb.2007.0014">fires were uncommon</a> in the Amazon.</p> <figure class="wp-block-image"><img src="https://brazilian.report/wp-content/uploads/2019/09/shutterstock_1319019179.jpg" alt="Fire ravaged forest. Shutterstock." class="wp-image-23447" srcset="https://brazilian.report/wp-content/uploads/2019/09/shutterstock_1319019179.jpg 1000w, https://brazilian.report/wp-content/uploads/2019/09/shutterstock_1319019179-300x174.jpg 300w, https://brazilian.report/wp-content/uploads/2019/09/shutterstock_1319019179-768x446.jpg 768w, https://brazilian.report/wp-content/uploads/2019/09/shutterstock_1319019179-610x354.jpg 610w" sizes="(max-width: 1000px) 100vw, 1000px" /><figcaption>Fire ravaged forest</figcaption></figure> <p>Amazon trees have relatively thin bark, so during a fire, the heat can seriously damage the cells inside the tree, eventually killing it. Previous research has found that more than 40 percent of the rainforest&#8217;s trees die up to three years after a fire. This means that the carbon stored in their trunks, branches, and leaves is released into the atmosphere, either while the fire is burning, or later as the dead trees decompose.</p> <p>When large trees die due to fire, more sun and wind gets into the understorey (the sheltered layer of vegetation below the canopy). Some plant species can regrow and sprout in the new, less shady conditions better than others. This in turn can attract more herbivores, such as leaf-cutting ants, agoutis and brocket deer. At the same time, the loss of fruit-producing plants causes a decline in the populations of species that rely on them for food, including parrots and monkeys.</p> <h2>A slow recovery</h2> <p>When humid forests such as the <a href="https://brazilian.report/power/2019/08/21/amazon-rainforest-slowly-dying-images/">Amazon burn</a> for the first time, they can partially recover. However, it&#8217;s unclear how long a full recovery would take, or if that&#8217;s even possible. For example, when I conducted research in an area of the Amazon 30 years after it was burned by fire, I found that even after all that time, the forest stocked about one-quarter less carbon than it did before the fires.</p> <p>This is mainly because most of the large, hardwood trees—which hold the greatest amount of carbon—died in the aftermath of the blaze. And as the forest grows back, they are replaced by smaller trees, which are mainly softwood species. These smaller trees grow faster, but have a shorter lifespan (between five and 30 years) and don’t collect as much carbon in their trunks.</p> <script src="https://www.buzzsprout.com/299876/1548880-73-is-brazil-capable-of-protecting-the-amazon-on-its-own.js?player=small" type="text/javascript" charset="utf-8"></script> <hr class="wp-block-separator"/> <p>It may take hundreds of years for the larger hardwood species to grow back and reach the forest canopy. Without any further disturbances, there’s a chance that the Amazon might return to its previous state—but not in our lifetime. And the world’s changing climate and ongoing deforestation mean that further fires are almost a certainty.</p> <h2>Still in danger</h2> <p>As fires become more frequent and intense, the chances of the rainforest recovering decline. Two or three fires can destroy the trees’ stock of seeds, arresting the ecosystem into a non-forestlike state.</p> <p>It’s likely that the fires across Brazil this year have been caused by deforestation to make way for cattle ranching and soy crops. The “slash-and-burn” approach—where people chop down trees, leave them to dry out, then burn them—is the cheapest tool for clearing forest in the Amazon. At the peak of the dry season, when rain is scarce, flames can escape into the forest. If left unchecked, wildfires can burn until they run out of fuel or are put out by the rain of the wet season.</p> <p>To protect the Amazon forest from further fires, the federal and state governments responsible for protecting it must clamp down on deforestation. But countries around the world that buy beef, leather and crop products should also demand that they are produced in an environmentally friendly way. And of course, global action on climate change is needed to prevent droughts from getting worse and increasing the risk of more fires.</p> <hr class="wp-block-separator"/> <div class="wp-block-image"><figure class="alignleft"><img src="http://brazilian.report/wp-content/uploads/2017/10/logo-a0073854423c0c04eddfa9074f700eaf-300x24.png" alt="the conversation brazil article" class="wp-image-398" srcset="https://brazilian.report/wp-content/uploads/2017/10/logo-a0073854423c0c04eddfa9074f700eaf-300x24.png 300w, https://brazilian.report/wp-content/uploads/2017/10/logo-a0073854423c0c04eddfa9074f700eaf-768x61.png 768w, https://brazilian.report/wp-content/uploads/2017/10/logo-a0073854423c0c04eddfa9074f700eaf-1024x81.png 1024w" sizes="(max-width: 300px) 100vw, 300px" /></figure></div> <h6 style="text-align:right">Originally published on<br><a href="https://theconversation.com/brazil-must-protect-its-remaining-uncontacted-indigenous-amazonians-84141"><strong>The Conversation</strong></a></h6> <img src="https://counter.theconversation.com/content/122758/count.gif?distributor=republish-lightbox-advanced" alt="The Conversation" width="1" height="1" style="border: none !important; box-shadow: none !important; margin: 0 !important; max-height: 1px !important; max-width: 1px !important; min-height: 1px !important; min-width: 1px !important; opacity: 0 !important; outline: none !important; padding: 0 !important; text-shadow: none !important" /> <p>

Amazon droughts could impact climate change as much as deforestation

Bolsonaro lies as the Amazon dies

How the Amazon rainforest is slowly dying (in images)

The legacy of Chico Mendes: the man who gave his life for the Amazon

Camila Silva has been researching Amazon forest degradation since 2012, investigating the losses and recovery of carbon stocks using ground observations and remote sensing data. She has been published in journals such as Nature Communication, Philosophical Transactions of the Royal Society, and Remote Sensing.