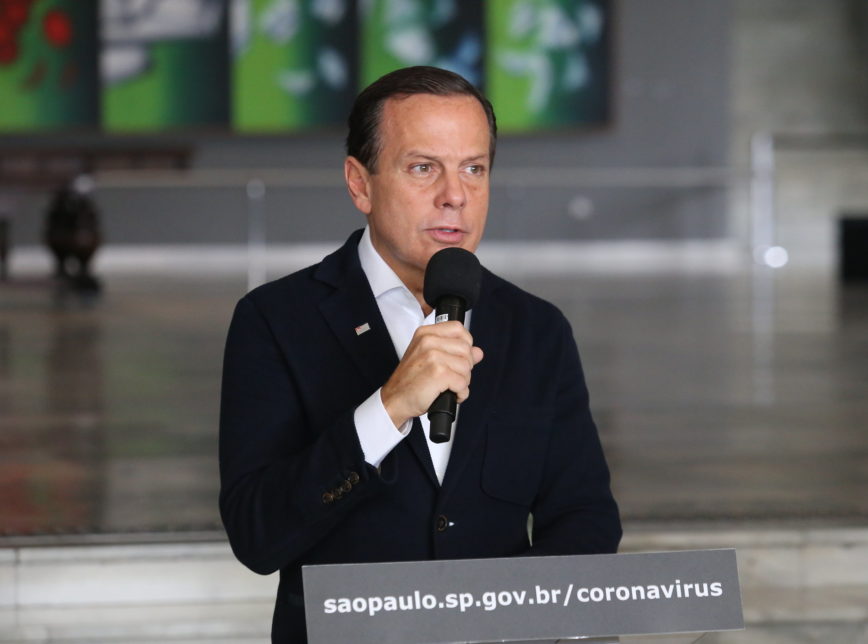 Governors from all 27 Brazilian states will meet this afternoon to discuss solutions to the Covid-19 pandemic — without President Jair Bolsonaro. The information was released by São Paulo Governor João Doria, who had a heated discussion with Mr. Bolsonaro in a meeting earlier today.

This is yet another episode that reinforces the political isolation of President Bolsonaro amid the Covid-19 crisis. On Tuesday, The Brazilian Report revealed that political elites had begun discussing the possibility of impeachment. Today’s governors’ meeting is a clear sign that the states are looking to split from Mr. Bolsonaro, taking the fight against Covid-19 into their own hands.

In a press conference this lunchtime, João Doria used the opportunity to criticize the behavior of President Bolsonaro, who defends civil disobedience by encouraging non-compliance with isolation. “This is the biggest public health crisis in the country’s history, it is not just a ‘little cold.’ We are not yet at the peak of the crisis. Mr. President, don’t politicize the issue. Do not make this a political platform. Governors are concerned with saving lives. The president should be leading the country,” he said.

Mr. Doria announced to the press that the private sector donated BRL 98 million to the government of São Paulo and that the flu vaccination of state security forces will be brought forward to March 30. The governor also launched a social program to assist low-income families.

The São Paulo Department of Education will pay BRL 55 per month to families of 700,000 students to compensate for not providing children with lunches due to the closure of schools in the state. According to Mr. Doria, the measure will cost BRL 40.5 million each month and will be maintained as long as classes are suspended.

São Paulo Finance Secretary Henrique Meirelles informed that the government will help micro, small and medium-sized companies to extend the financing of loans. He also said that he has spoken with banks to ask for the provision of credit to defaulters and the postponement of payments.

Bolsonaro wants isolation only for over 60s in Brazil

Hospital where Bolsonaro was tested hiding names of infected patients