The death of the Brazilian third way 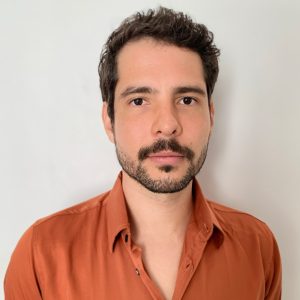 While parts of the Brazilian media would briefly have had you believe otherwise, there was never really any credible chance of a third-way candidate arising in the country, capable of toppling either incumbent President Jair Bolsonaro or frontrunning center-left icon Luiz Inácio Lula da Silva in October’s election.

Here at The Brazilian Report, we’ve covered the trials and tribulations of Brazil’s “third way,” but it soon became clear that there was a lack of agreement and popular options to compete with Mr. Bolsonaro or Lula.

And that is not to say there was not a window of opportunity. A significant share of the Brazilian population is not keen on voting for either the incumbent or the former president. Mr. Bolsonaro has overseen a shambolic response to a deadly pandemic that will go down in global history and will see out his term with the economy in tatters.

On the other hand, Lula is a deeply divisive figure in Brazil. Despite leaving office in 2010 with the highest approval ratings of any president in the country’s history, subsequent corruption scandals involving his administration and his Workers’ Party left a large chunk of the population firmly in the “anyone but Lula” camp.

However, despite this gap, any attempts at building a third-way candidacy have fallen flat. Former judge Sergio Moro — who was also briefly a member of Mr. Bolsonaro’s cabinet — was originally touted as the one to split the frontrunners, but it quickly became clear that conservative anti-corruption voters liked the “idea” of Mr. Moro a lot better than the man himself.

And now, a group of center-right parties — which dub themselves the “democratic center” — are expected to rally behind Simone Tebet as their candidate, a first-term senator largely unknown outside of strictly political circles. Reportedly, they have given up any hope of competing in the presidential race, and the idea of backing Ms. Tebet is merely to be able to inflate their own congressional benches, leaving the door open to joining a coalition with the eventual winner.

Ahead of an election process that involves few certainties, there is now one locked-in bet for October’s vote: the winner will be one of two men.