Haiti’s cycle of disaster shows no sign of abating 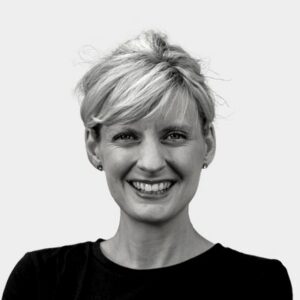 Last Saturday, Haiti was shaken by a 7.2-magnitude earthquake that struck just off its coast, leaving a death toll nearing 2,000, with a further 10,000 injured. UNICEF estimates that around 1.2 million people, including 540,000 children, have been affected, with half a million children lacking secure access to shelter, safe water, health care and nutrition.

The poorest state in the Western Hemisphere is also one of the weakest, increasing its vulnerability to natural disasters. Just over a decade ago, another earthquake struck, flattening much of the capital, Port-au-Prince, killing 200,000. It has also been buffeted by a series of hurricanes over recent decades — with tropical storm Grace battering the island only this week.

Political instability has accompanied natural disasters, rendering them more devastating. In 2004, the country was victim of a US-sponsored coup. This has been a feature of Haiti’s history since the beginning: after achieving independence from brutal French colonial rule and then abolishing slavery, the country was been subjected to repeated foreign intervention and occupation, coups and dictatorships.

After the 2004 coup, a UN Stabilization Mission — MINUSTAH — was dispatched to the country, where it remained until 2017. Led by Brazilian Army troops, its aim was to provide security and assist with the restoration and maintenance of the rule of law and public order.

Another earthquake hit in 2010, destroying the mission’s headquarters. Later that year there was a cholera outbreak, with MINUSTAH held responsible for the disease’s introduction. The mission was also plagued by accusations of having carried out atrocities and massacres in its policing operations – something Brazilian forces have been accused of when carrying out policing operations in Brazil too. Additionally, MINUSTAH soldiers have been accused of involvement in a number of sexual assault cases.

Most recently, Haitian president Jovenel Moïse was assassinated in his home in July — all while the country was struggling with a second wave of Covid-19.

Now it is expected that humanitarian aid will arrive from foreign powers, with Brazil due to send a plane carrying medicine and fire brigades. President Bolsonaro said the UN has asked for help from the Brazilian Armed Forces.

Sadly, none of this looks likely to help Haiti break the cycle of foreign intervention, political instability, vulnerability to natural disasters, poverty and violence.