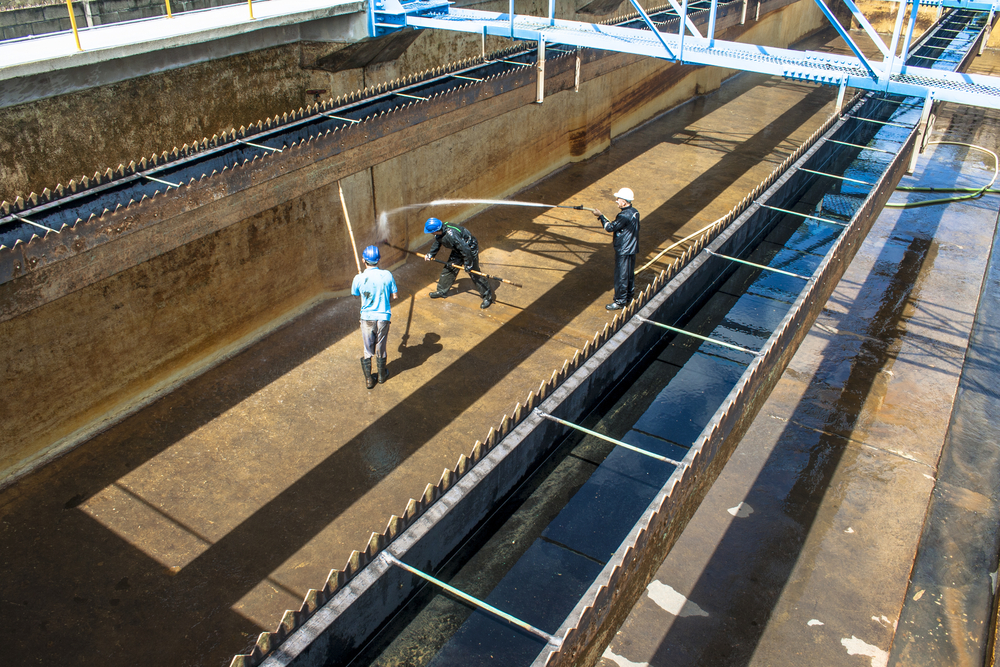 By the end of this year, the Brazilian government hopes to have completed at least 18 projects of selling off public property, including public-private partnerships, privatizations, concessions, and leases. Estimated investments from these infrastructure projects total over BRL 27.7 billion. Here at The Brazilian Report we have compiled a list of the potential privatizations on the horizon for 2020.

</p> <hr class="wp-block-separator"/> <h4 style="text-align:center">Ongoing private-public infrastructure projects</h4> <figure class="wp-block-image"><img src="https://brazilian.report/wp-content/uploads/2020/01/infrastructure-projects-brazil.png" alt="infrastructure projects brazil" class="wp-image-30027" srcset="https://brazilian.report/wp-content/uploads/2020/01/infrastructure-projects-brazil.png 997w, https://brazilian.report/wp-content/uploads/2020/01/infrastructure-projects-brazil-300x251.png 300w, https://brazilian.report/wp-content/uploads/2020/01/infrastructure-projects-brazil-768x642.png 768w, https://brazilian.report/wp-content/uploads/2020/01/infrastructure-projects-brazil-610x510.png 610w" sizes="(max-width: 997px) 100vw, 997px" /><figcaption>Source: Federal government</figcaption></figure> <hr class="wp-block-separator"/> <div id="buzzsprout-player-1144127"></div> <script src="https://www.buzzsprout.com/299876/1144127-60-is-privatization-the-answer-for-brazil-s-economy.js?container_id=buzzsprout-player-1144127&amp;player=small" type="text/javascript" charset="utf-8"></script> <hr class="wp-block-separator"/> <h2>Airport infrastructure</h2> <p>After the <a href="https://brazilian.report/business/2019/03/16/airport-auction-privatization/">successful auctions</a> of a dozen publicly-owned Brazilian airports in 2019, the federal government has its eyes on selling off an ambitious 22 further airports this year, divided into three blocks: South, North I, and Central.</p> <p>The most lucrative block on offer will be in the South, including the international airports of Curitiba and Foz do Iguaçu. In total, the nine southern facilities up for auction saw a circulation of 12.1 million passengers in 2018, and interested companies will require an investment of BRL 2.2 billion.</p> <p>All three blocks combined come with expected investment of BRL 5 billion, and are expected to go to auction in the fourth quarter of this year.</p> <h2><strong>Railways</strong></h2> <p>Train lines are firmly on the government&#8217;s infrastructure privatization agenda for this year, as the <a href="https://brazilian.report/power/2019/07/17/jair-bolsonaro-true-super-infrastructure-minister-tarcisio-freitas/">Ministry of Infrastructure</a> seeks to improve the country&#8217;s ailing railway network. Above all other projects is the so-called Ferrogrão—or &#8220;Grain-way&#8221;—seen as being a potentially key route for grain transport. The plan would be to take the existing 177-kilometer railway between the cities of Lucas do Rio Verde and Sinop—both in Mato Grosso state—and take it all the way to the Amazonian port of Miritituba, some 933 km away.&nbsp;</p> <p>The federal government estimates a demand of 38.3 million tons of cargo in the first year of the railway&#8217;s operation and 46.8 million tons by 2050. The idea is to make the track an alternative export route for soybean transportation from Mato Grosso, of which 70 percent currently goes to the South and Southeast of the country. The auction should take place in the third quarter of 2020, with expected investments of BRL 3 billion.</p> <p>The other major railway up for concession is the East-West project, which consists of a 1,527 km route stretching from the coastal town of Ilhéus across to Figueirópolis, in the state of Tocantins. It is split into three separate stretches, the first of which—from Ilhéus to Caetité—is nearing completion.&nbsp;</p> <p>The railway aims to facilitate the future outflow of ore from the south of Bahia state and grains from the west to major ports under construction in Ilhéus.</p> <h2>Ports</h2> <p>Speaking of ports, a number of the concession projects in place for 2020 concern the leasing of various port terminals around the country. The biggest undertaking involves the construction of a new terminal at the Port of Suape, in the northeastern state of Pernambuco. The auction is set to take place in the first quarter of the year and should bring in investments of BRL 1.2 billion.</p> <p>Elsewhere, there are terminal leases up for grabs in the ports of Aratuba, Itaqui, Paranaguá, and Santos, the country&#8217;s biggest. In total, these remaining projects should attract around BRL 1 billion in investment.</p> <h2>Highways</h2> <p>Finally, there are a number of highway concessions in the public consultation stage, with chances to go to auction at the end of the year. The most prominent concerns the Dutra highway between São Paulo and Rio de Janeiro, which hosts around 42,000 vehicles a day. The road is currently managed by Concessionária Rodovia Presidente Dutra S/A – Nova Dutra, but the concession contract is up at the end of the year.</p> <p>The <a href="https://www.ppi.gov.br/concessao-das-rodovias-br-163-230-mt-pa-trecho-entre-sinop-mt-e-miritituba-pa">highway</a> linking Sinop and Miritituba—the route the future Ferrogrão railway, mentioned above, will follow—is also set to be sold off before 2021. Despite being such a key route for grain transport, the road is in poor condition, with very few stretches at its north end being properly asphalted.

Brazilian government could run out of money by 2020

Brazil could regain growth in 2020