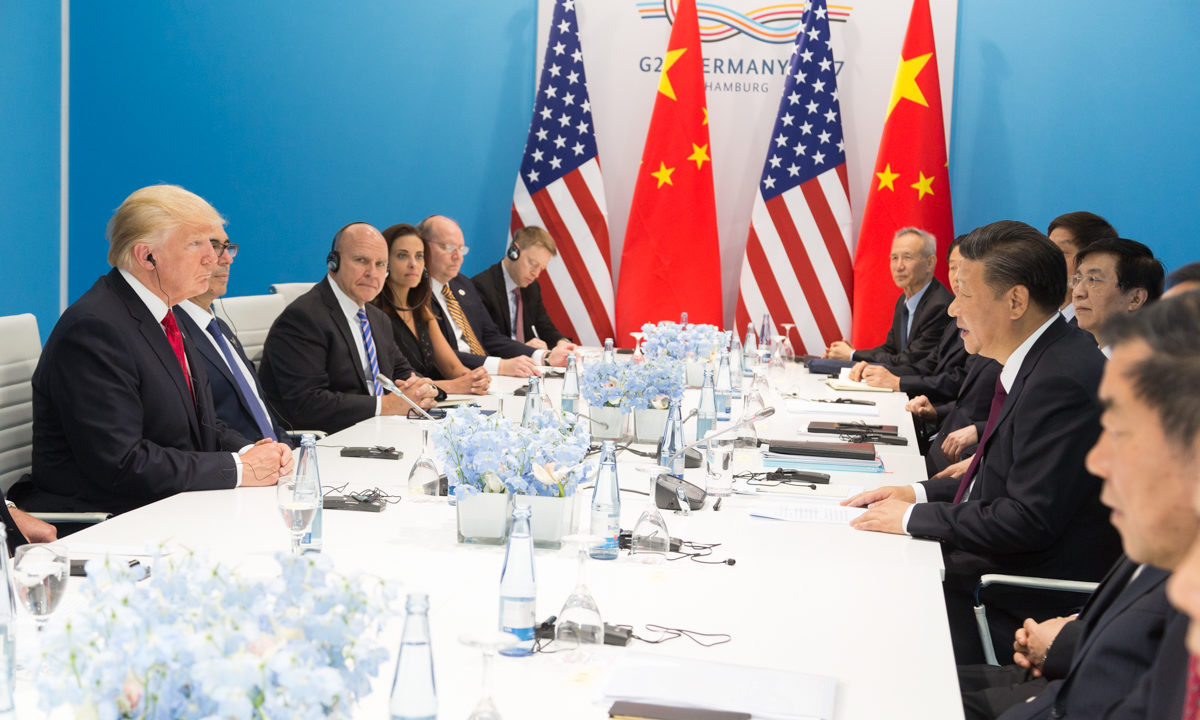 The latest round of tariff hikes in the ongoing U.S.-China trade war could have far-reaching impacts not only for major soy exporters Brazil and Argentina, but throughout the whole of Latin America. The region’s initial opportunism is giving way to fears over instability and slower global growth.

On June 1, China suspended its purchases of U.S. soy in an escalation of the trade spat. The world’s largest buyer will look largely to Brazil to meet demand in a shift that could impact South American forests, as the risk of protracted tensions increases.

After a year of tit-for-tat tariffs, the impacts on Latin American countries are starting to sink in. A report from the United Nations Conference on Trade and Development (UNCTAD) estimated growth in exports for several countries in the region, including Mexico (5.8%), Brazil (3.8%), and Argentina (2.4%).

Yet, as some hope to capitalize, others are foreseeing doomsday. Few are willing to predict how long the trade spat will last, or how long its effects will linger.

“It generates insecurity, in general. That’s the thing,” said Lucilio Alves, from the Center of Advanced Studies in Applied Economics (Cepea) at the University of São Paulo. “This makes new investments harder.”

Last March, a group of scientists warned that the U.S.-China trade war could cause a devastating spike in deforestation in Brazil, as the country tried to absorb China’s soy demands.

“We forecast that a surge of tropical deforestation could occur as a result of the fresh demand being placed on China’s other major suppliers,” they wrote in an article in Nature, predicting Brazil could be pushed to expand production by up to 13 million hectares.

“We urge the U.S. and China to adjust their trade arrangements immediately to avoid this catastrophe.”

A little over a month later, Brazil’s National Confederation of Industries celebrated the extra USD 8 billion in revenues that the trade war brought in 2018. “A trade war isn’t good or advised to any country in the medium to long term, but, in the short term, Brazil has benefited,” the institution said, in a press release.

Brazil expects the trade war to positively impact its beef and chicken exports, but of the USD 8 billion in new exports, soy accounts for USD 7 billion.

So far, there is no evidence that increased soy exports have caused greater deforestation. Given the uncertainty over how long this surge in demand will last, most Brazilian farmers have opted to convert land used for other crops such as corn and sugarcane, rather than expand, Mr. Alves said.

“[Substituting crops] is certainly the cheapest and quickest way to do it,” he said. “Now, clearly, if there is an extremely lucrative crop, it could be that at first there is substitution, and, in a second phase, there is displacement [to new areas].”

According to Richard Fuchs, one of the authors of the Nature study, the more protracted the trade conflict, the higher the risk of change in land use.

“If this is going to last long term, there is a clear threat of deforestation,” he said.

In the event that China refuses to import a single ounce of U.S. soy in the future and looks only to Brazil to replace it, in order to meet demand, production would have to increase by 39 percent, according to Mr. Fuchs’ study.

This would mean millions of hectares of newly-planted area across a range of nations making up the shortfall, among them Brazil, Argentina, Paraguay, Uruguay, and China itself, the study said.

The concern is that this pressure will lead to deforestation in the Brazilian cerrado, the vast tropical savanna which suffers the biggest hit from the expansion of soy production. This is largely because of slack regulations about how much native vegetation can be legally destroyed.

Yet, given President Bolsonaro’s attempts to dismantle environmental laws and enforcement, the legally better protected Amazon region could also suffer.

The trade dispute may do more than temporarily shift production and damage the relationship between the world’s two largest economies. Mr. Fuchs recalls the 1980 U.S. embargo on the Soviet Union, which pushed soy demand towards Brazil—where it stayed long after political tensions were resolved.

“A lot of trust that goes into this relationship is now destroyed,” he said.

Mr. Alves, from Cepea, points out that China needs diverse suppliers: “For China to depend on a single country doesn’t sound like an adequate strategy.”

While the trade war presents an opportunity for some countries to export more goods to both China and the U.S., not all of them are ready to take advantage. The UNCTAD report predicts that exports of Mexican manufactures could grow, as some assembly lines might relocate there from China.

However, Mexico could struggle to attract the necessary investment to make this happen, according to Enrique Dussel Peters, coordinator of the China-Latin America Academic Network.

“Mexico should have a clear and detailed strategy that focuses on these firms, which has so far not happened.”

Colombia is also hoping to seize the opportunity to go back to exporting manufactured goods to the U.S. market, where it had long been crowded out by cheaper Chinese alternatives.

But Colombians also worry that Chinese products designed for the U.S. will be dumped in Latin America at prices the national manufacturing industries can’t compete with, according to national news outlet El Tiempo.

Even as some exports grow, the trade war’s profitability for Latin America is questionable. Uncertainty erodes the global economy and fuels currency instability. This in turn hurts farmers who import fertilizers and machinery in order to produce and sell commodities, as fluctuations in currency exchanges can eat into profits over time.

Despite a record harvest, Argentina is expecting a loss of income of between USD 1 and 3 billion this year because of the trade war denting soy prices around the globe, according to a recent report. Soy prices are now close to a 10-year low.

The government estimates that this year’s harvest will yield 145 million tonnes of soy, 44 percent higher than last year. The initial hope was that this would translate into USD 16.2 billion, but that will now be substantially lower. Each year, Argentina sells around 85 percent of its soybean production to China.

“A trade war isn’t good for anyone, including Argentina. It creates a lot of volatility,” said Marcelo Elizondo, trade expert at consultancy DNI. “China’s economy will likely slow down, meaning it will reduce its imports. That combines with lower soy prices to reduce the country’s income.”

Across the Rio de la Plata basin, Uruguay is fearing similar consequences. Producers argue that selling their crops at below USD 300 per ton means not making a profit. The country is also expecting a record harvest, after a severe drought and lower production last year.

“Soy is one of our main exporting products but it’s experiencing a contradiction,” said Danilo Astori, Uruguay’s Economy Minister. “The harvest is showing an impressive quality but there’s a problem. Prices are too low for the needs of the Uruguayan farmers and that is directly linked to the trade war between the U.S. and China.”

Chile was initially optimistic about the trade war benefitting its wine sector, as China introduced a 15-percent tariff on U.S. wines. Chile is the fourth largest wine exporter in the world and 16 percent is destined for China, some 8.1 million cases.

But since the dispute has ratcheted up, the optimism has gone.

“We may benefit in the short-term from the problems facing the U.S. in selling its wines to China. But I see that complicated [in] the long term,” said Aurelio Montes, head of Chile’s national wine association.

“A U.S.-China conflict could lead to lower growth rates across the globe, including in China, and consequently lower wine consumption.”

How the U.S.-China trade war will impact Brazil

How Brazil measures up to Latin America’s biggest economies

Fermín Koop is Latin America editor for Diálogo Chino (The Southern Cone), based in Buenos Aires.