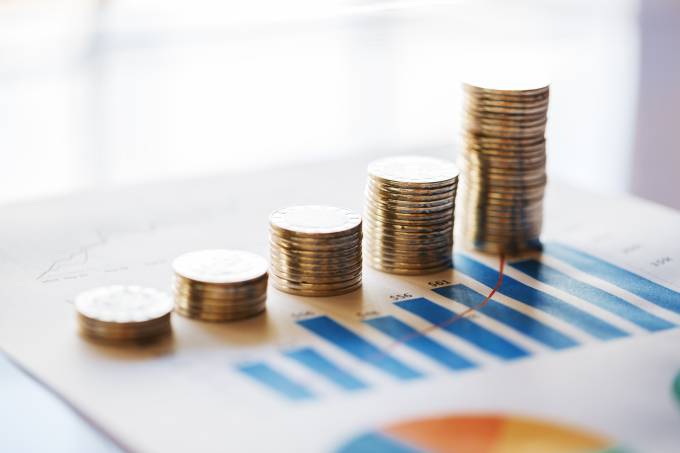 For the last year and a half, the Central Bank’s Monetary Policy Committee has consistently slashed Brazil’s benchmark interest rate. The Selic rate has gone from 14.25 percent a year in October 2016, to a record-low 6.5 percent. It doesn’t mean, however, that consumers have access to cheaper credit.

</p> <div class="infogram-embed" data-id="49b9e565-63ca-457a-a0eb-88ca984e9d3a" data-type="interactive"></div><script>!function(e,t,s,i){var n="InfogramEmbeds",o=e.getElementsByTagName("script"),d=o[0],r=/^http:/.test(e.location)?"http:":"https:";if(/^\/{2}/.test(i)&&(i=r+i),window[n]&&window[n].initialized)window[n].process&&window[n].process();else if(!e.getElementById(s)){var a=e.createElement("script");a.async=1,a.id=s,a.src=i,d.parentNode.insertBefore(a,d)}}(document,0,"infogram-async","//e.infogram.com/js/dist/embed-loader-min.js");</script> <p>Between October 2016 and January 2018, interest on credit cards went from 484 percent per year to a yearly rate of “only” 327.9 percent. Overdraft interest rates remained virtually stable, from 324.9 percent per year in 2016 to 324.7 percent in January 2018.</p> <p>According to a <a href="https://www.poder360.com.br/wp-content/uploads/2018/03/juros-reais-fev18.pdf">study</a> by MoneYoy and Infinity Asset Management, Brazil’s real interest rates (after discounting inflation) are the fifth highest in the world. If there’s a silver lining to be found, it’s that Brazil used to top the list back in 2016.</p> <p>Experts point out that the Central Bank’s reductions have a minimum impact on credit to regular customers. “Every time the benchmark interest rate is cut by 0.25 percent, the market’s rate goes down by 0.02 percent,” Alex Agostini, head-economist at Austin Rating, told news website Poder360.</p> <p>Why, you ask?</p> <p>Because the Brazilian government and Brazilian consumers are fighting for the same credit with banks. Yet since the risk of default from the government is practically nonexistent, it is able to secure far lower rates than the average citizen. That logic creates an unbalanced relationship between supply and demand, and consumers see the market’s credit availability drastically reduced. And they pay the price with higher interest rates.</p> <h3>Bank concentration</h3> <p>The lack of competition between banks also shoulders much of the blame. In 2016, over 72 percent of all assets in Brazil were controlled by only four banks. <a href="http://www.scielo.br/scielo.php?script=sci_arttext&amp;pid=S0034-75901985000400006">Research</a> shows that the Brazilian government has actively incentivized mergers for bank concentration as far back as the 1960s.</p> <p>In a 2015 <a href="http://contec.org.br/attachments/article/12898/Boletim%20Econ%C3%B4mico%20da%20CONTEC%20n%C2%BA%2094.pdf">statement</a>, the National Confederation of Credit Company Workers declared: “The increase in the level of banking concentration is a serious risk for the constitution of the banking <a href="https://brazilian.report/2018/01/17/fintech-bank-concentration/">monopoly</a> in Brazil. The oligopoly already exists, when few banks dominate two-thirds of the financial market.”</p> <div class="infogram-embed" data-id="5c606d13-fcbf-403e-8764-91c7ca51b9ac" data-type="interactive"></div><script>!function(e,t,s,i){var n="InfogramEmbeds",o=e.getElementsByTagName("script"),d=o[0],r=/^http:/.test(e.location)?"http:":"https:";if(/^\/{2}/.test(i)&&(i=r+i),window[n]&&window[n].initialized)window[n].process&&window[n].process();else if(!e.getElementById(s)){var a=e.createElement("script");a.async=1,a.id=s,a.src=i,d.parentNode.insertBefore(a,d)}}(document,0,"infogram-async","//e.infogram.com/js/dist/embed-loader-min.js");</script> <p>When it comes to credit card operations, the reality is even bleaker for the consumer: only two companies control the market.</p> <p>However, a Senate bill intends to limit the banking system’s oligopoly. If approved, the Central Bank would no longer be the sector’s only institution responsible for approving or rejecting mergers and acquisitions. Deals would also need to get a greenlight from Cade, the country’s antitrust watchdog.</p> <h3>Government action</h3> <p>The government has recently tried to make the Monetary Policy Committee’s decisions more significant to the general Brazilian population. In April 2017, the Central Bank approved a norm to reduce the offer of revolving credit, which allows the loan amount to be withdrawn, repaid, and redrawn again in any manner and any number of times, until the arrangement expires.</p> <p>In December 2017, the bank launched a <a href="https://www.poder360.com.br/wp-content/uploads/2016/12/agenda-bc-mais.pdf">plan</a> to make credit cheaper in Brazil. The “BC+ Agenda” intends to modernize legislation, make regulation more effective, and lower the cost for loans.</p> <p>The main actions include promoting campaigns for financial literacy, the creation of a list of “good payers”, which would encourage banks to offer loans at lower interest rates, and cutting down net interest rate spread.</p> <p>As defined by <a href="https://www.investopedia.com/terms/n/net-interest-rate-spread.asp">Investopedia</a>, the net interest rate spread is the difference between the average yield a financial institution receives from loans, along with other interest-accruing activities, and the average rate it pays on deposits and borrowings. The net interest rate spread is a key determinant of a financial institution&#8217;s profitability – or lack thereof.

Brazil’s interest rates are at their lowest – ever

Despite risk of recession, interest rates should hold