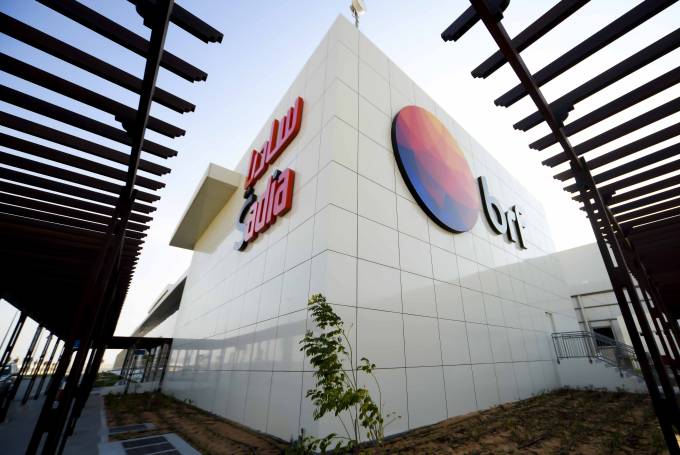 Federal police (PF) investigating some of Brazil’s biggest meatpackers said that BRF deliberately tricked quality inspections. The revelation comes as a result of the latest phase of investigations into corruption, Operation Weak Flesh.

The federal judge overseeing the operations, André Wasilewski Duszczak, told media that there were “frauds committed in the manufacture of the Premix compound […] either by inserting components not allowed or by changing the percentages of the components indicated on the labels.”

</p> <p>The Federal Prosecution Office (MPF) said that such attempted frauds by the company are numerous, and that “formulas declared to federal supervision rarely match reality, containing drugs not allowed, substances dosed above the legal maximum allowed, or substances that are undeclared”.</p> <p>Duszczak was responsible for the 91 court orders sent out, including the temporary arrest of BRF’s ex-president Pedro de Andrade Faria and ten others. They are accused of deliberate attempts to trick federal inspections and hide salmonella in BRF’s meats.</p> <p>The coordinator of the investigation’s operation, Maurício Moscardi Grillo, said that an email exchange between officials at meatpacker BRF revealed the firm’s “strategy” of tricking inspections. In the emails, a quality control employee had asked if it were “possible” to tailor chicken feed supplements to fit with legal requirements.</p> <p>“The answer is: ‘Yes, it is possible’. But it is the company&#8217;s strategy to act this way,” Moscardi recounted to reporters at a press conference.</p> <p>Cristianne Liberti, a BRF supplier, said that factory manager Decio Goldoni in Carambeí, Paraná, was aware of the presence of salmonella in the meat. The supplier said in a testimony that Goldoni and his colleague Luís Augusto Fossati “received poultry contaminated by the bacterium Salmonella Pullorum and allowed them to be slaughtered for consumption.”</p> <p>Mérieux NutriSciences Corporation, in charge of the laboratories involved in testing, is also under investigation. Both BRF and Mérieux, a U.S.-owned corporation, have said that they are cooperating with investigators.</p> <p>Monday’s operations are based on information from Daniel Gonçalves Filho, an ex-superintendent of the Paraná arm of the Ministry of Agriculture. Gonçalves Filho, who says that PMDB politicians were involved in the alleged scheme, was accused of being at the heart of a corruption scheme last year, and agreed to a plea bargain with the Attorney General&#8217;s Office (PGR) last December.</p> <h3>Salmonella risks suspend exports</h3> <p>The Ministry of Agriculture announced that it has already suspended exports for 12 countries, and will increase the number of tests it conducts for salmonella with the companies involved in the scandal.</p> <p>The Ministry received 410 reports of higher levels of salmonella than acceptable from countries with stricter levels than Brazil. China, Russia, South Africa and Europe are among the countries that notified Brazil last year, and have lower acceptable levels than Brazil owing to a lower prevalence of salmonella among their own poultry produce.</p> <p>In a statement, the Ministry declared: “The investigated companies violated the inspection by preparing samples, through the investigated laboratories, with the objective of hiding the sanitary condition of the lots of animals and products, thus avoiding a corrective measure of the Official Service.”</p> <p>The PF said that investigations found five laboratories, all certified by the Ministry of Agriculture, involved in the company’s fraudulent activities. BRF’s aim, according to the PF, was to evade inspections.</p> <p>Alexandre Campos da Silva, a coordinator for the Department of the Inspection of Animal Products (DIPOA), confirmed to press that BRF’s laboratory reports contained “omissions of salmonella occurrence and even defrauded results [on the presence of the pathogen in samples]”.</p> <p>However, Campos da Silva said that “the risk to public health” posed by the salmonella levels found by the investigation has yet to be fully calculated.</p> <h3>Stock market reacts</h3> <p>BRF’s shares fell sharply in the São Paulo stock market (<a href="https://exame.abril.com.br/mercados/carne-fraca-mira-brf-e-tudo-para-ler-antes-de-a-bolsa-abrir/">Ibovespa</a>) on Monday. By 11:15 a.m., shares had fallen by 11.84 percent to values of 27.19 BRL. By early afternoon, BRF was reporting losses of 11.67 percent. Tarpon, a key investor in BRF, also suffered a 14.24 percent drop in value at the same time.</p> <div class="infogram-embed" data-id="fc58b783-e616-494d-94e1-a19a652a4cbd" data-type="interactive"></div><script>!function(e,t,s,i){var n="InfogramEmbeds",o=e.getElementsByTagName("script"),d=o[0],r=/^http:/.test(e.location)?"http:":"https:";if(/^\/{2}/.test(i)&&(i=r+i),window[n]&&window[n].initialized)window[n].process&&window[n].process();else if(!e.getElementById(s)){var a=e.createElement("script");a.async=1,a.id=s,a.src=i,d.parentNode.insertBefore(a,d)}}(document,0,"infogram-async","//e.infogram.com/js/dist/embed-loader-min.js");</script> <p>Meatpacking company JBS also saw a loss of 3.9 percent, which operators speculate as a reaction to fears that the company will also be involved in the investigation. JBS is Brazil’s largest meatpacker, and was the target of 2017’s investigations that revealed Brazil’s President Michel Temer endorsing bribes in an audio recording, which caused the Brazilian Real to tumble.</p> <p>The stock market registered a drop down to 85,053 points on Monday morning. It recovered slightly in the afternoon, with Ibovespa reporting an increase of 0.29 percent to 86,007 points.</p> <p>The Ministry of Agriculture fears further embargos on Brazilian meat as a result of the operation, with the European Union awaiting further information from investigators before it decides to impose additional measures.</p> <p>At present, Brazilian meat entering the EU has to pass biological inspections both in Brazil and when it reaches the borders of the trading bloc. Last year’s scandal saw an 11 percent reduction of Brazilian meat imports to the EU, and purchases from Brazil fell by 20 percent.

Brazil to be declared “free” of foot-and-mouth disease