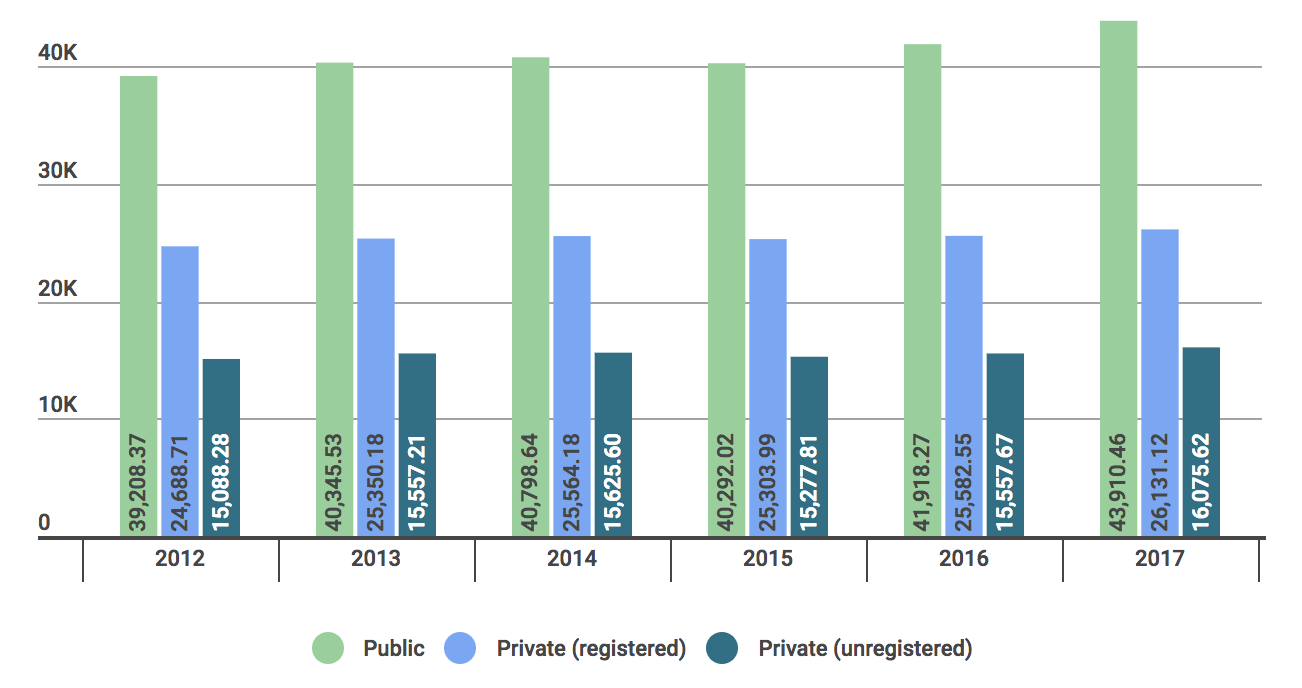 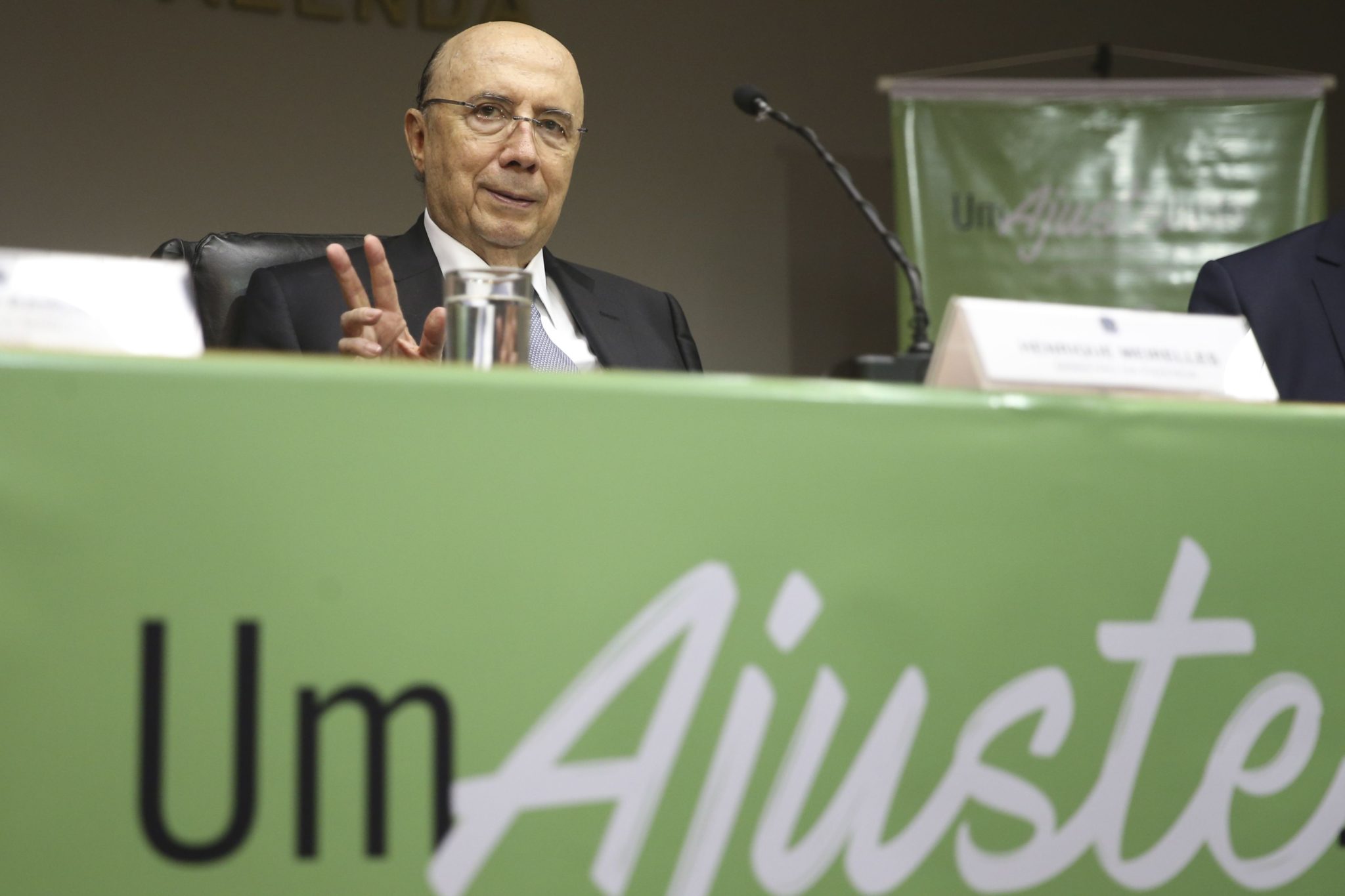 The Brazilian government overspends – and poorly so, according to a recent report published by the World Bank. The study was commissioned by the federal administration itself and suggests a series of cuts in federal programs that would represent savings of up to 8.3 percent of the country’s GDP.

The report, “A fair adjustment: An analysis of the efficiency and equity of spending public in Brazil,” analyzed eight areas of public spending in Brazil. It graded them based on three criteria: how much of the federal budget they make up; how efficient they are; and how much they contribute to reducing Brazil’s levels of inequality.

The report’s conclusions are not flattering for the country. While Brazil has “consistently” increased public spending – to the point of jeopardizing the country’s solvency – inequality has remained stable over the years. Brazil’s fiscal deficit has reached 8 percent of the GDP, and its public debt went from 51.5 percent of the GDP in 2012 to 73 percent this year.

“The needed adjustment of public finances poses a big challenge to the country: it must be prepared to ensure a socially equitable adjustment. We have detected that several programs run by the Brazilian government are quite inefficient and that instead of reducing inequality, they help increase it,” explains Antonio Nucifora, the World Bank chief economist for Brazil and the report’s primary author.

We’ve broken down some of the report’s key findings:

The study shows that Brazil’s problem is not necessarily

the immense amount of federal servants, but the fact that their salaries stretch far beyond the country’s financial capacity.</p> <p>Federal civil servants in Brazil receive, on average, salaries that are 67 percent higher than employees of private companies. The discrepancy is enough to place 83 percent of these servants within Brazil’s top 20 percent wealthiest people. When compared to state civil servants, their salary is 30 percent larger.</p> <div class="infogram-embed" data-id="4cee0846-faba-48d8-a2a6-5b9b211542c6" data-type="interactive"></div><script>!function(e,t,s,i){var n="InfogramEmbeds",o=e.getElementsByTagName("script"),d=o[0],r=/^http:/.test(e.location)?"http:":"https:";if(/^\/{2}/.test(i)&&(i=r+i),window[n]&&window[n].initialized)window[n].process&&window[n].process();else if(!e.getElementById(s)){var a=e.createElement("script");a.async=1,a.id=s,a.src=i,d.parentNode.insertBefore(a,d)}}(document,0,"infogram-async","//e.infogram.com/js/dist/embed-loader-min.js");</script> <h3>Financial aid to companies</h3> <p>While businessmen are eager to push an ultra-liberal agenda in Brazil, they consume 4.5 percent of the GDP through incentives. However, there is no evidence that giving money to big corporations resulted in increasing levels of productivity and lower unemployment levels. “These programs probably had negative consequences to competitiveness and productivity in Brazil,” says the report.</p> <h3>Pensions</h3> <p>Brazil spends the equivalent of 4 percent of its GDP with pensions – more than any member country in the OECD. On top of that, the World Bank shows that 35 percent of the government’s expenses regarding pension benefits go to the 20 percent wealthiest Brazilians. On the other side of the spectrum, the poorest 20 percent receive just 4 percent of pension subsidies. The main problem with Brazil’s pension system is the existence of castes of privileged people – like federal civil servants.</p> <div class="infogram-embed" data-id="1b20f0c7-5c94-4f67-9e60-6162932c160c" data-type="interactive"></div><script>!function(e,t,s,i){var n="InfogramEmbeds",o=e.getElementsByTagName("script"),d=o[0],r=/^http:/.test(e.location)?"http:":"https:";if(/^\/{2}/.test(i)&&(i=r+i),window[n]&&window[n].initialized)window[n].process&&window[n].process();else if(!e.getElementById(s)){var a=e.createElement("script");a.async=1,a.id=s,a.src=i,d.parentNode.insertBefore(a,d)}}(document,0,"infogram-async","//e.infogram.com/js/dist/embed-loader-min.js");</script> <p>The government wants to use these findings to push for a <a href="https://www.reuters.com/article/us-brazil-politics-pensions/brazil-house-speaker-says-whipping-votes-for-pension-reform-difficult-but-urgent-idUSKBN1DL186">radical overhaul</a> of the pension system. However, the government’s proposal would cut expenses without necessarily slashing privileges.</p> <h3>Education</h3> <p>Public spending with elementary and high schools are highly inefficient. For the same quality of service, it would be possible to reduce expenses by the equivalent of 1 percent of the GDP. The study also argued to end free college tuition in public universities. According to the World Bank, two-thirds of students in these institutions are among the richest 40 percent.</p> <p>Meanwhile, poorer students must take out student loans (which are subsidized the government) to access private programs in higher education. And the World Bank believes that students in public universities should be required to do the same.</p> <p>While making affluent students pay for education might seem reasonable, ending the free model altogether – including for poorer students – is unlikely to lower Brazil’s levels of inequality.</p> <h3>Healthcare</h3> <p>The World Bank says that, to provide the same quality of service, the public healthcare system could operate with less money – a reduction equivalent to 0.3 percent of GDP.</p> <h3>Public bidding processes</h3> <p>Brazil could save up to 35 billion BRL in just three years by improving its organization of public bidding processes and government purchases. The country wouldn’t even need to change its current legal framework.</p> <hr /> <p>Of course, the World Bank’s findings are not exactly “news.” Brazil has known about these problems for a long time – some even decades. But Brazil has always chosen to look the other way. Will it face its issues now?</p> <p>All in all, the World Bank’s recommendations for Brazil could provide savings of up to 500 billion BRL per year. It’s an appealing idea, but we hope that the government’s solution won’t be the same old recipe: asking most Brazilians to sacrifice, while the <a href="https://brazilian.report/2017/10/30/rich-brazilians-top-1-percent/">top 1 percent</a> continues to enjoy tax exemptions and government aid.

Inefficient and costly: Brazil’s public service in need of reform